And so the Red House Children's Book Award Blog Tour Charabanc has rolled up at our door at last! Welcome honoured guests and read on to meet the wonderful Jonathan Meres and hear all about his shortlisted book; 'The World of Norm: May Contain Nuts' 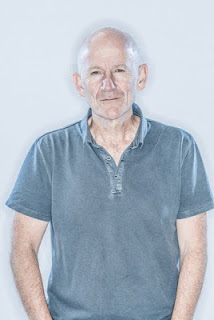 One of the questions I’m most frequently asked – apart from ‘Sorry, what did you say your name was?’ and ‘Is this your car, sir?’ is ‘What’s The World of Norm about?’  To which I generally reply, ‘It’s about £5.99.’  Once the laughter has subsided – and on a good day this can quite literally take anything from between one and three seconds - I usually explain that it’s about a boy called Norm.  (The clue’s in the title, folks.)  So, essentially The World of Norm is about Norm’s world.  But now for the clever bit.  Well I think it’s clever anyway.  You see, apart from Norm being an abbreviation of Norman, it’s also an abbreviation of normal.  So we’ve got the world of Norm, as in Norm – but also as in ‘the norm.’  Which is dead handy because the world of Norm is normal.  Or at least relatively normal.  There’s nothing in the three books so far that couldn’t actually happen.  OK – so some of the stuff might not happen.  But the point is it could happen.  Consequently there are no vampires, or wizards in The World of Norm.  Not that there’s anything wrong with vampires or wizards (he adds hastily) but basically we’re talking real life here.  Ever so slightly exaggerated for comedy purposes.  But really not that much.  These are (hopefully) recognisable domestic situations and scenarios that readers can actually relate to.  Like being unfairly blamed for stuff your younger siblings have done for instance.  Like constantly craving the latest phone or gadget – but more crucially, never having the money to buy it.  Like best friends.  Like perfect cousins.  Like everything being just so unfair.  Like stuff, basically.  Just lots and lots of stuff.  Any questions so far?  Excellent.  In that case I can now let you into a little secret.  That thing about ‘the norm’ I just told you?  Complete coincidence.  OK, a very happy coincidence.  A very handy coincidence.  But a coincidence nevertheless.  We’d already settled on the title of the series before I even realised.  I say we.  That’s me and my editor.  Or my editor and I.  Whatever.  Anyway it had already been decided.  Norm wasn’t even originally going to be called Norm – he was going to be called Norman.  And the whole point of having a central character called Norman was so that if the book ever did get published – and it was by no means certain that it would  – and the book went on to become part of a series – the series could be called….wait for it….The Chronicles of Norman.  Having said that, it was always my intention for Norm’s world to be rooted firmly in reality and to be, for want of a better word, ‘normal.’  There never were going to be any dragons.  Norm was never going to invent a machine and travel back in time.  Frankly, in the unlikely event that he ever did, knowing Norm’s luck he’d only travel back in time ten minutes.  And if he ever walked into a wardrobe in search of a faraway, magical land?  He’d probably end up in IKEA.  So it tickles me whenever a reviewer or interviewer picks up on the title thing without me explaining it first.  But I won’t tell anyone if you don’t. 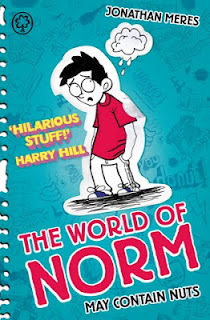 Should you have failed to set your alarm clock, ring your day planner, mark your diary or programme your iphone, blackberry or other electronic communication device, here are the other Blog-Hop participants where you can hear from all the other shortlisted authors.