Shine and Picture Me Gone

This counts as a diversionary post. These are not books for the Fellow Reviewers.Yet. But as I spent the last 24 hours immersed in these books' company, in a frankly gluttonous feast of words, they are where my head is at. They both deserve their own separate reviews really, but turned out to be rather interesting to read together; sharing both themes and qualities.

'Shine' is Candy Gourlay's second novel, following the acclaimed 'Tall Story'. 'Picture Me Gone', Meg Rossof's sixth book; although I confess I haven't read any of the intervening four since 'How I Live Now' came out 10 years ago. I have some catching up to do. She's such a pretty arranger of words.

Superficially my claim that they twin nicely seems dubious: "Shine" tells the story of Rosa, a teenage recluse by necessity of her disfigurement on the superstitious island of Mirasol where it never stops raining. Her virtual escape through her computer brings the possibility of new friendship but also danger. "Picture Me Gone" is a road trip mystery. 12 year old Mila accompanies her father to the US to help find his friend who has disappeared.

Both are first person narratives of teenage girls with special gifts: Mila can read the emotional subtext of a situation; literally 'sniff' out deceit. Rosa is mute and considered a mystical demon with the power to take life within the community she lives. Both are only children and both books explore the relationship between father and daughter in love and betrayal. Both books require their heroines to unravel the lies of an adult world and the stakes are life and death. Both are concerned with friendship and how much of oneself to expose in its cause. 'Picture Me Gone' is firmly grounded in reality whereas 'Shine' is harder to categorise; a recognisable universe a jump or two away layered with a tropical ghost story with echoes of Jane Eyre...

(Ghost stories are so associated in my head with cold and bleak English landscapes and Victoriana that it's rather wonderful to be given a steamy, tropical, contemporary version: 'The Woman in White' will never seem the same again.)

The main point of comparison though is that both books are wonderfully well written taut, compact prose. It was greedy of me to read both in one day (and may make the writers' despair, given the craft and time of their own that went into them!) but Oh it was lovely. And it was possible: Not that they're that short-but  hurray for telling stories with only what is necessary and beautiful included.

I could not stop reading either book in fact and it's a long time since that's happened. Sorry kids- who got a lot of "mmm...lovely dear" through whatever they were telling me yesterday afternoon as I mentally absented myself.
I missed the recent 'Nosy Crow' conference on Children's Publishing alas, but I believe Lucy Mangan said in her speech that one of the reasons she reads children's books is because she 'doesn't have time to be bored'. The truth of her words was with me yesterday. I consumed my treats at speed, you may choose to savour but be assured; treats await you. 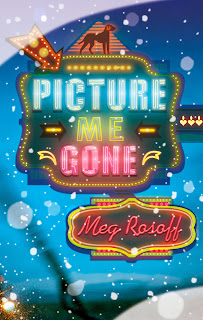 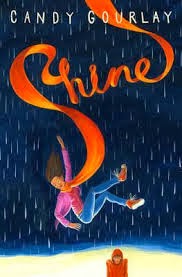